Mount Hideaway Mysteries is a family-friendly mystery series airing on Amazon Prime and other Video-On-Demand platforms. The show is filmed in Northern Virginia and Virginia’s Shenandoah Valley with an all-local cast and crew.

The pilot episode was released under the title “Mount Hideaway”. After airing for over one year and and tens of thousands of views, the concept was re-worked and will now be airing as “Mount Hideaway Mysteries”.

When we first developed the show, we decided to write all the one-hour episodes in PAIRS, so we would have the option of releasing them together as a feature-length movie rather than as a series of one-hour TV episodes.  As we’re nearing the “home stretch” of principal photography, and the more we’ve looked into the various distribution options, we’ve decided that it makes the most sense to release the first two episodes together as a feature-length movie!

The format of the show will be a series of feature-length movies in the “made for TV” movie style. This is a business model that has been highly successful in our chosen genre.  The Hallmark Mysteries Channel has several examples of this format including the “Mystery Woman”, “Aurora Teagarden Mysteries”, “Garage Sale Mysteries” “Signed, Sealed, and Delivered” and “Murder She Baked” families of movies.

As always, our goal with the Mount Hideaway project is to create entertainment which:

We are hoping to release the movie in November/December of 2018 both online and possibly in some local theaters. To get on our mailing list for news, updates, and behind the scenes info, just use the signup for at THIS LINK, or here on our website.

For less than the price of a single movie ticket at the theater, you can buy a movie for the whole family AND support a family-owned small business that produces wholesome entertainment.

Buy or rent the movie through our new VIMEO ON DEMAND service! Vimeo is the world's leading streaming video provider and allows you to buy or rent movies using PayPal or Credit Card, and then watch them on almost any device, iOS, Android, Windows, Apple TV, Roku, Amazon Fire and Chromecast.

Buy or rent the movie on our website or at
https://vimeo.com/ondemand/mounthideaway
or on Amazon.com

For less than the price of one ticket at the theater, you can buy a FUN MOVIE for the WHOLE FAMILY to watch AND help to fund more POSITIVE MOVIES like this one! Profits from this film go directly to local, independent filmmakers, not to corporate-owned Hollywood studios.

Watch this movie right now (and later) on on iOS, Android, Apple TV, Roku, and Chromecast.

You can also watch the movie on any of these platforms… 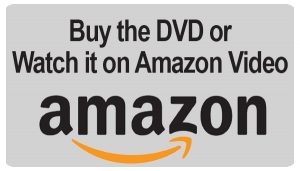 Buy the DVD or watch on Amazon Video 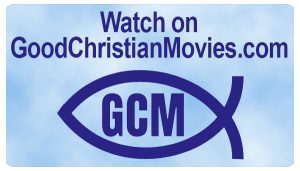